The elite soldiers of the Danish Navy Frogman Corps have been training on installations in the North Sea. The ‘Esvagt Kappa’ played its part with a Fast Rescue Boat and as host.

It takes a great deal to impress a sailor but Jan Ole Johansen, boat master and sailor on board the ‘Esvagt Kappa’, was impressed by what he saw during the five days he worked closely with the Danish Navy Frogman Corps.

The elite soldiers in the corps trained their maritime skills during week 13 (at the end of March and beginning of April 2015) in the North Sea on board the offshore installations, the ‘Mærsk Resolve’ and DONG Energy’s ‘Hejre’ platform.

They practised tactical manoeuvres and boarding, and for Jan Ole Johansen it sometimes felt like he was an extra on a James Bond film set:

“They could do so many things; I was really impressed. They were dropped off on a dark evening 500 metres from the platform equipped only with a compass. Then they appeared from the water exactly where they were supposed to. They also used boarding hooks that they shot into the air with compressed air and crawled up. They were just really tough guys,” says Jan Ole Johansen. 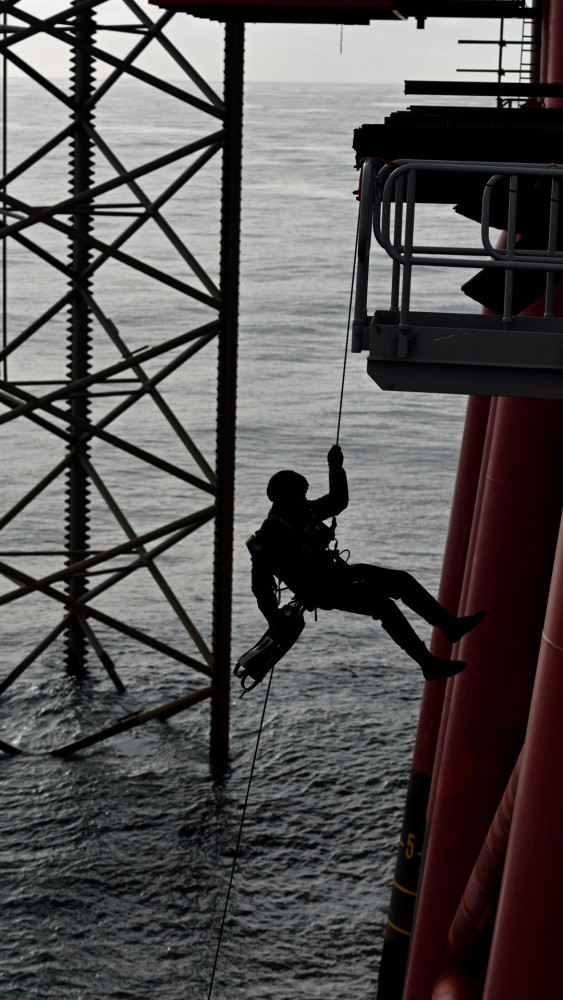 The Frogman Corps’ five days of training 250km out in the North Sea was made possible by the support and servicing of DONG Energy, Maersk Oil and ESVAGT. The Frogman Corps subsequently praised this cooperation:

“Much of the exercise took place in the sea around the platform, which meant that we needed a rescue boat that could be launched to rescue frogmen at short notice and with great precision in case of emergency. One of the challenges was therefore to conjure an Emergency Response & Rescue Vessel (ERRV) with a skilled crew out of a hat in the middle of the North Sea. Luckily, the ‘Esvagt Kappa’ was there throughout the entire operation,” says PJ, diving master in the Danish Navy Frogman Corps.

”They were working on another, primary job but showed great flexibility and gave us excellent service, which was crucial support for the training of the Frogmen. It was highly professional teamwork,” compliments PJ, who also praised both equipment and seamanship:

“ESVAGT’s vessels are excellent and you can really sense that the boat masters know how to manoeuvre a FRB. We are pretty sure we know the difference between a good boat master and a bad boat master – and the ones on board the ‘Esvagt Kappa’s were highly skilled at sailing,” he says.