The Nobelwind project lies 50 kilometres off the Belgian coast and servicing the farm – as well as the existing wind farm, the Belwind 1 – requires a constant presence of technicians. This is now possible thanks to the specially built SOV, which ESVAGT has won the contract to supply.

Norwegian Havyard Design has been given the task of designing the specially built SOV; a unique type of vessel for a unique service concept that ESVAGT has developed in cooperation with MHI Vestas Offshore Wind and Havyard Design.

“We have been enormously satisfied with the quality of the work performed by the ’Esvagt Supporter’ over the last five years,” says MHI Vestas Offshore Wind’s Senior Director, Asger Pedersen:

“It was therefore an entirely natural decision to continue our good working relationship. The new, specially built vessel is designed to offer good flexibility to the teams supporting the offshore wind farms and we are very much looking forward to seeing the new vessel at work from 2017,” he says.

“We are very pleased that MHI Vestas Offshore Wind has chosen to sign another contract with ESVAGT. MHI Vestas Offshore Wind believed in ESVAGT’s concept from the very beginning, and over the last five years, we have worked together very closely to continually develop both efficiency and safety. We see the new contract as a clear sign that ESVAGT’s concept has been a success,” says Søren Nørgaard Thomsen. 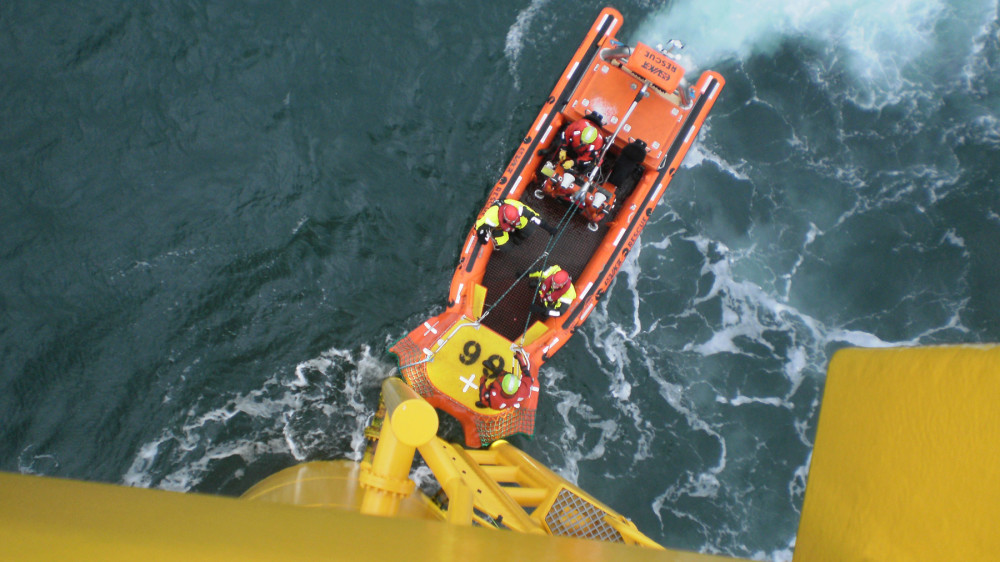 The 'Esvagt Supporter' has been servicing MHI Vestas Offshore Wind technicians for the past five years at the offshore wind farm, the Belwind 1 using Safe Transfer Boats. The positive experiences gained here means that the SOV for MHI Vestas Offshore Wind will be the first purpose-built ESVAGT SOV without a gyro compensated gangway for transferring personnel.

The new, specially designed SOV will be 58.5 metres long and 16.6 metres wide and have single cabins for up to 22 technicians. The vessel will be equipped with ESVAGT’s unique safe transfer boats (ESVAGT STB 12 and STB7) for transferring technicians, tools and spare parts to the turbines.

The hull is being built at the Cemre Shipyard in Turkey and will be completed at the Havyards shipyard in Norway. The vessel will enter into charter during the second half of 2017.

The new SOV for Statoil floated out in Poland.

The SOV for servicing Statoil in Dudgeon Wind Farm in the English sector is well underway.

ESVAGT and Vestas have a very good cooperation in servicing the wind farm Blight Bank in Belgium. The cooperation was further strengthened on a teambuilding day, where the crew from “Esvagt Supporter” was invited to participate.