The cooperation between MHI Vestas and ESVAGT enters a new phase this month, when the newly built Service Operation Vessel (SOV) ‘Esvagt Albert Betz’ embarks on a 15-year long contract in Deutsche Bucht in the southern part of the North Sea.

‘In the design of the vessel, we have drawn both on ESVAGT’s expertise with SOVs and on know-how from working in offshore wind farms. We have optimised the design to ensure that the vessel is tailored and adapted specifically to the tasks that await’, he says.

The SOV ‘Esvagt Albert Betz’ is a Havyard 831 design similar to the ‘Esvagt Mercator’, which currently services Nobelwind and Belwind 1 for MHI Vestas. The new vessel stands out with a series of details and functions specially built in preparation for the servicing of the farm in Deutsche Bucht.

‘The new SOV is a great example of the flexibility that lies in the SOV design’, says Gerner Eskelund:

‘As opposed to the ‘Esvagt Mercator’ that exclusively uses ESVAGT’s own STB 7 and STB 12 design (Safe Transfer Boats) for accessing the WTG, the ‘Esvagt Albert Betz’ has a fixed Walk-to-Work gangway system installed. This requires the capacity of holding a position very close to the WTG, and that is why the vessel is equipped with an increased capacity on thrusters and generators’, says Gerner Eskelund. 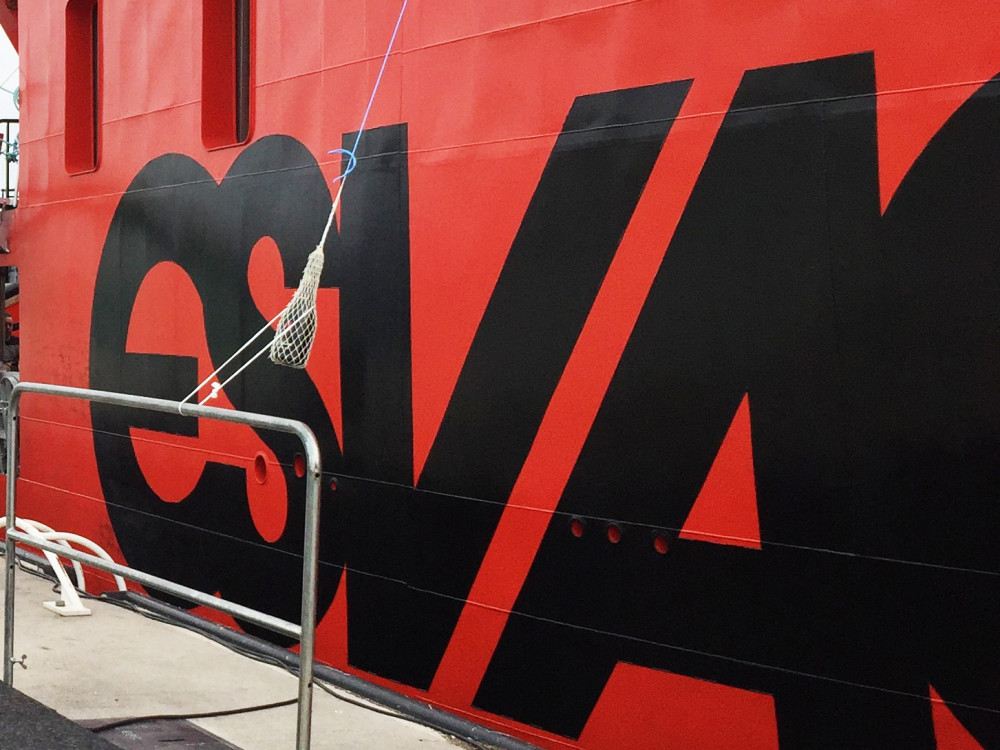 With a length of 58 meter, the ‘Esvagt Albert Betz’ is a relatively compact SOV. There has been a substantial focus on optimising the available space – but also on integrating more innovative solutions which intensify efficiency and work environment:

‘The fixed gangway system is combined with a large, stepless elevator designed for people and for cargo, giving full access from the vessel’s stores to the upper deck and on to the WTG. In combination with an integrated crane solution, this contributes to a stepless flow of spare parts, which is a considerable bonus for the work environment and efficiency’, says Gerner Eskelund.

The technicians’ well-being also has a pride of place through for example common facilities, fitness room, cinema and a large outdoor area for relaxation.

ESVAGT and MHI Vestas have been working together since 2008. Today, the ‘Esvagt Mercator’ services the offshore wind farms Nobelwind and Belwind in Belgium, and with the ‘Esvagt Albert Betz’, these strong relations will be further strengthened.

'With the ‘Esvagt Albert Betz’, we have developed a top modern vessel that builds upon MHI Vestas and ESVAGT’s agelong joint experience in transferring service technicians safely and efficiently to and from the WTG.The vessel will employ completely new technology, and we look forward to once again raising the bar with ESVAGT in operating an offshore wind farm efficiently’, says Flemming Ougaard.

‘We are building a close and fruitful partnership with MHI Vestas with a solution that is tailored to the customer’s needs. It is pleasant to see MHI Vestas grabbing the many opportunities that ESVAGT’s unique SOV concept offers’, says Søren Karas, Chief Commercial Officer at ESVAGT.

The cooperation will be further strengthened in the coming years.

In September 2018, MHI Vestas and ESVAGT entered into contracts on the delivery of two additional SOVs for the farms Borssele III-IV (Netherlands) and Triton Knoll (UK); both vessels will be delivered in 2020, and one more contract was signed earlier this year between the two parties: In 2021, an additional ESVAGT SOV newbuilding will be delivered to work for MHI Vestas, this time in the offshore wind farm Moray East in England.

The ‘Esvagt Albert Betz’ has room for 42 WTG technicians and crew. The vessel was built at Zamakona shipyard in Bilbao, which also built the ‘Esvagt Dana’ and the ‘Esvagt Aurora’.

Albert Betz (1885-1968) was a German pioneer in the study of wind energy who put forward the theoretical formulas for the maximal utilisation of wind energy through a WTG.

As new Head of Business Development, Core Business, Thomas Fauerby will work very closely with the needs of ESVAGT’s customers.

‘Every operation makes us better’

With six SOVs and three newbuildings on the way, ESVAGT is the market leader when it comes to the SOV concept. Experience and competences are in high demand.

All employees at ESVAGT are involved, when the campaign “Denmark plants trees” (“Danmark planter træer”) makes a concrete difference for the climate. ESVAGT donates 20,940 DKK to the fundraising campaign; enough to plant a tree for each of the shipping company’s 1,047 employees.

The good vessel ‘Esvagt Mercator’ has pleased the Belgian Center for Guide Dogs by donating towards training of guide dogs.

Creative collages on board the ‘Esvagt Albert Betz’

ESVAGT has commissioned the designer duo, Tex&Jack, to take on the interior design of the SOV new build ‘Esvagt Albert Betz’ for MHI Vestas. 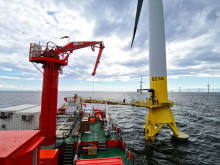 The ‘Esvagt Dana’ gets the job done

The Baltic Sea was the perfect element for ‘Esvagt Dana’, which has proven its worth as a SOV despite tight storage facilities. 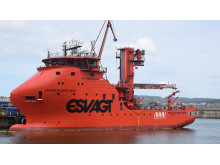 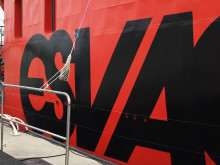