The ‘Esvagt Bravo’ has been a turning point in the development of ESVAGT’s competences and safety culture. Earlier this year, the vessel signed off after 39 years of loyal service.

It was a piece of the shipping company’s history retiring when the ‘Esvagt Bravo’ left ESVAGT after 39 years of active service.

‘In many ways, the ‘Esvagt Bravo’ has contributed to shaping the ESVAGT we know today’, says Kristian Ole Jakobsen, DCEO at ESVAGT:

‘The vessel has largely contributed to the development of our safety culture, to the creation of our specially designed FRBs (Fast Rescue Boats) and not least to our training in sailing boats’, he says.

The ‘Esvagt Bravo’ was one of the very first vessels in the fleet and has to a great extent forged the foundation of the shipping company and formed ESVAGT’s culture, which aspires to always focus on improving, Kristian Ole Jakobsen expresses:

‘When we experience such a solid respect for what ESVAGT can do in the offshore industry, it is mainly thanks to performances like the ‘Esvagt Bravo’s rescue missions. The vessel and the crews have done a decisive difference between life and death multiple times’, he says:

‘In ESVAGT, we often say that the ERRV Group 3 vessels are excellent learning platforms. Many of our offshore colleagues started their career and became well-versed in their profession on board the smaller vessels’, says Kristian Ole Jakobsen.

The ‘Esvagt Bravo’ rescued eight crew members from a coaster in distress a tempestuous night in November.

On the night of November 6, 1985, the English coaster ‘Pauline S’ encountered serious problems in the North Sea and issued a mayday.

It was a night of tempest with 14 metre-high waves and snow showers, and the challenging sea was tearing the ‘Pauline S’ apart. The coaster’s deck hatch was dented and the windows in the wheelhouse were shattered.

The ‘Esvagt Bravo’ received the mayday call 20 nautical miles away, where the vessel was standby near Tyra W, and set for the coaster.

It took some time to get there in the harsh weather, and the sun was pointing its nose when contact was made with the coaster’s crew, who were ready to abandon their vessel.

Before that, both a Danish and German rescue helicopter had given up on rescuing the crew, as the mast’s rigging didn’t allow to get through.

After only 25 minutes’ effort, everybody was safely on board the ‘Esvagt Bravo’, and the three crew members in the FRB were later honoured by the Crown Prince Frederik’s Fund for ‘...showing courage and resourcefulness’.

‘What we could do with those vessels was very much noticed’

The trust in ESVAGT is among other things fostered by the Group 3 vessels like the ‘Esvagt Bravo’, founder says.

In many ways, the ‘Esvagt Bravo’ rescuing eight crew members from the coaster ‘Pauline S’ in the North Sea was a pivotal event. 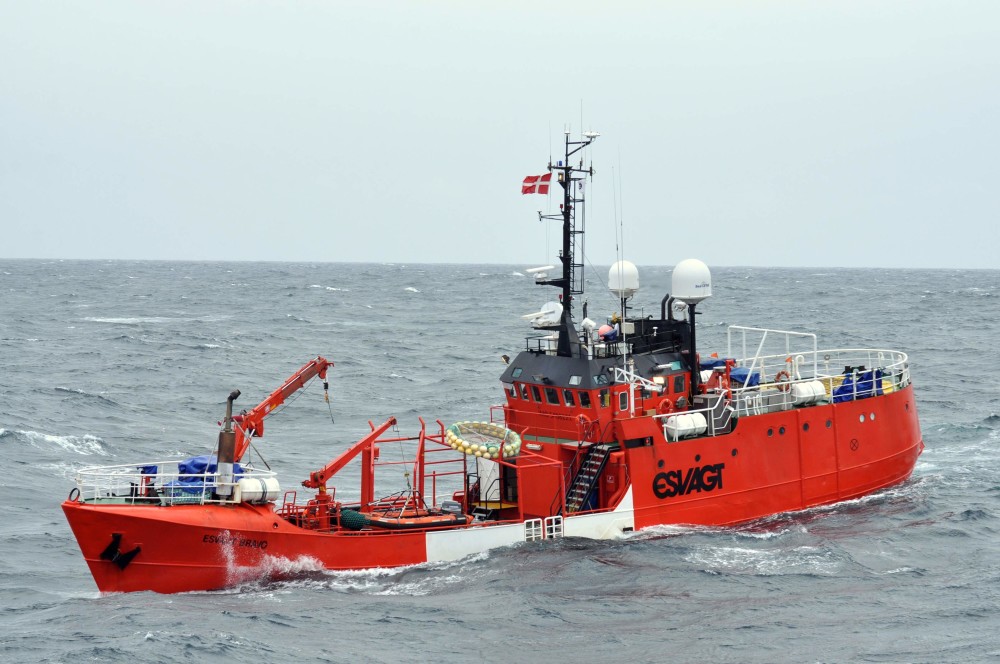 First and foremost for the eight, whose lives were saved – but also for ESVAGT, remembers Ole Andersen, CEO of the shipping company at the time:

‘During the debriefing, the ‘Esvagt Bravo’s English seaman Harrold told me: “Ole, if we can just launch and recover the boat from the vessel, we can sail in any kind of weather”. It had been an intense mission with high waves and tempest, and still, this was how he looked at it. This made an impression and confirmed that we could make a difference with our boats’, says Ole Andersen.

The November tempest was one of many times where the ‘Esvagt Bravo’ and ESVAGT’s boat competences made a difference. Through 39 years of active service, the vessel and crew have definitely earned their pay, both through adroit missions and through careful preparedness 24/7 all year round.

‘We have learned a lot about rescues through the ‘Esvagt Bravo’ and the other Group 3 vessels’, says Ole Andersen:

‘The whole vessel’s lifetime has been one long learning curve where we have improved our training, perfected our equipment, changed the procedure and developed new solutions. Much of what we have in ESVAGT today; the entire training culture and our ambition to be the best, are formed by vessels like the ‘Esvagt Bravo’’, he says.

The vessel was also important commercially.

‘The vessel’s performances have been fundamental to much of the ESVAGT we know today’, determines Ole Andersen:

‘What we could do with those vessels was very much noticed. When it is known in Denmark, England and Norway that no matter what, ESVAGT will get you out of the water – then that’s a trust built by the ’Esvagt Bravo’ and the other Group 3 vessels. It is those performances that have secured the next contracts’, underlines Ole Andersen.

ESVAGT was founded in 1981 and has a fleet of more than 40 vessels and approximately 1000 employees off- and onshore. 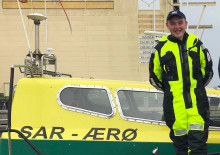 ESVAGT will meet the consequences of the decreasing energy prices and Covid-19 through streamlining and pay reduction, and at the same time ensure that the shipping company can continue to support the vital infrastructural energy production.

The ‘Esvagt Dana’ has been servicing Vår Energi and SubseaPartner with diving operations in the Barents Sea – a solid success.

ESVAGT UK Ltd has been awarded a significant new contract with EnQuest Heather Ltd for the provision of Emergency Response and Rescue Vessels (ERRV Services). 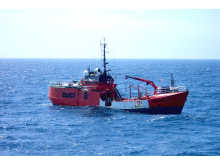