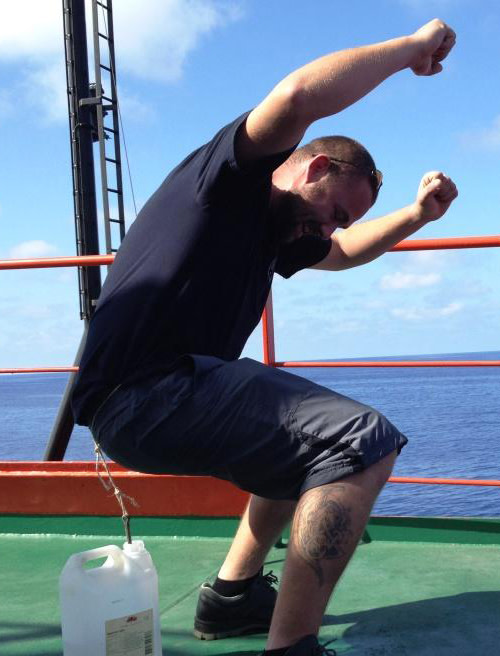 The Olympic motto: “faster, higher, stronger” is just a light version of the really tough contest: It adds the words “and at sea” to ensure that the contests become as challenging as can be.

The deck on ‘Esvagt Connector’ was the scene of the contests in disciplines such as bowling, penalty shooting, stick-in-bottle and banging-in-nails.