Service Manager, Søren Westphal, is pleased to be part of a dedicated and committed ESVAGT.

Where do you go when you are looking for a good training programme in sailing practices that maritime students need as part of their education?

Søren Westphal, then department manager at SIMAC, Svendborg International Maritime Academy, had heard about the dedicated rescue teams from ESVAGT so he looked for inspiration in Esbjerg and met Ovin Carlsson, then Managing Director for ESVAGT.

Many years later in December last year when Søren Westphal again entered the doors of the shipping company, this time as the newly appointed Service Manager for ESVAGT, he still believed that ESVAGT was really good at what they do. That belief has become even stronger after six months at his post.

“You can really feel the enthusiasm. When you come into the hall and see the boats that we have, you can see that experience and sense of detail permeates right through them. The boats are extremely seaworthy and have total redundancy built in, so they can keep on sailing even if they have problems. You can see that solutions and continued improvement reflect lessons learnt, taking into practical use the training and experience gained over time. Everything is well thought through,” says Søren Westphal. 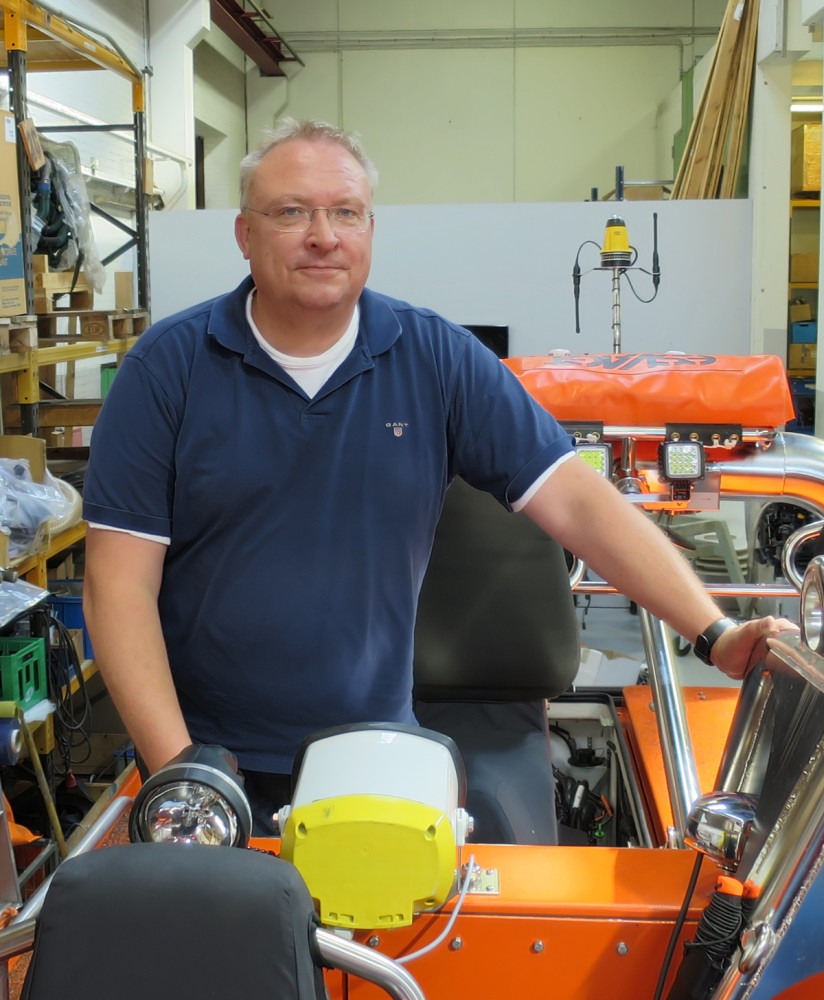 The 44 year old engineer from the Danish island of Funen is also a keen sailor, riding the waves on a boat that is not unlike ESVAGT’s FRBs. He sails a Rigid Inflatable Boat, or RIB, and has had the sea and sailing in his blood from the very beginning. His father worked on ships at the shipyard of Lindøværftet, and Søren Westphal chose a maritime life too: First as engineer on board AP Moeller’s container ships, later in a teaching capacity at the maritime school, Kogtved Søfartsskole, and SIMARC, before joining DanPilot in Svendborg in 2010 as Technical Manager, responsible for the servicing of 38 pilot boats.

”There is a great deal of value synergy in my working background. The AP Moeller value that things must be done properly is the same as ESVAGT’s. Seamanship, solidarity and dedication to doing things well are all values we share here,” says Søren Westphal.

“And it has been interesting to see how big the business really is. We have 107 boats and an enormous amount of equipment and hardware on an unimaginable scale. The funny thing is that people on board the ships are very conscious of what is theirs. They talk about “our boat”. Even though FRB number 67 and 69 are identical, were built at the same time, fitted out by the same people and have the same equipment, they know exactly which boat they want,” says Søren Westphal.

”It is a really positive value that colleagues feel like that about their equipment. It reflects a pride and awareness of what kind of boat it is that they work with. It’s great,” says Søren Westphal.

His future tasks will include combining the activities on Fiskerihavnsgade at the new address. This will make logistics much easier, and the bigger buildings will also make it possible to do more work in house than has been practicable up to now. A new project plan for maintaining the boats is also top of the agenda when the new facilities are taken into service.

”Placing everything closer together will be a big advantage. We are a service function – with service in capital letters! We need to be close to the ships – and we will be. The new premises will give us other opportunities for growth in the future. We currently have 107 boats, and with ESVAGT’s ambitions for continued expansion, we are going to need the room when we service even more boats,” he says.