It was one of the reasons why ESVAGT was awarded the Leith International Conference’s Offshore Safety Award i 1991, and to this day the operation is close to the heart of not just ESVAGT but to the branch in general and in Norway in particular.

”25 years on, West Gamma is still something that people remember ESVAGT for,” says Chief Commercial and Safety Officer for ESVAGT:

”The operation was an important factor in gaining recognition in Norway. It was mentioned as recently as 2014, when ESVAGT was awarded the Norwegian Beredskapsprisen (Rescue award) for our work in improving safety and rescue at sea,” he says.

When the “Esvagt Aurora” was officially named in August 2012, Eni Norway's Tor B. Tangvald, Goliat Execution Manager, held a speech in which he mentioned seeing a special bulletin board with small wooden plates at ESVAGT's headquarters during a visit to follow up on the contract. The board showed all the rescue operations that ESVAGT had been involved with. He noticed two operations in particular that had saved 16 and 30 people. When he asked about these operations, he was told that they were related to West Gamma:

"I worked for Norwegian drilling company, Smedvig that owned West Gamma, in 1990. Many, many thanks for saving 49 of my previous colleagues!" 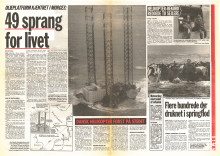 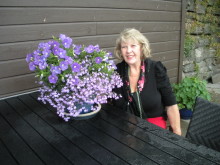